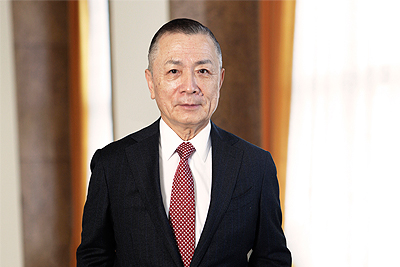 Akira Kondo established ADCO in February 2009 and became its President and Representative Director.
He has extensive experience in acquiring and executing M&A and various equity finance deals for major domestic and international companies.
While working at Mitsubishi Bank's San Francisco and San Jose branches, he was in charge of companies in Silicon Valley.
After that, he worked at the Singapore branch, London branch, and the head office.
When he was Deputy Branch Manager of the London Branch, he was in charge of European affairs, Head of Corporate Sales, and Secretary General of the European Merger Committee with the Bank of Tokyo.
When he was General Manager of Head Office Sales Division, he was in charge of the telecommunications, steel, and chemical sectors, and has a strong industry network in these fields. In 2000, after Mitsubishi Bank acquired International Securities from Nomura Securities, he was transferred from Mitsubishi Bank to International Securities.
After that, he was engaged in the integration of more than 10 securities companies, and was appointed as General Manager of the Investment Banking Division and Senior Managing Executive Officer of Mitsubishi UFJ Securities (now Mitsubishi Morgan Stanley Securities), which was finally established after the integration.
As Global Head of Investment Banking, he was responsible for all aspects of MUFG Group's investment banking division.
He is currently an advisor to Bain Capital and an advisor to CVA, a European consulting firm.

He graduated from the Faculty of Economics, Kyoto University. 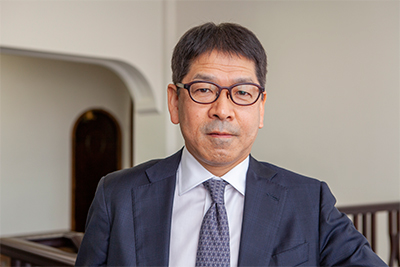 Kyoichi Terada has served as an Executive Vice President at ADCO. Previously, he has over 20 years of experience with Property & Casualty Insurance Company, mainly accounting and corporate planning. He joined in establishing Sompo Japan Insurance Company which is leading insurance company in Japan. He served as a director of Reinsurance company and M&A consulting company as well. He also has experience of offshore finance and fund-raising business.
U.S. Certified Public Accountant, Associate of the Institute of Actuaries of Japan, Fellow of the Japanese Society of Insurance Science.

He graduated from the Aoyama Gakuin University. 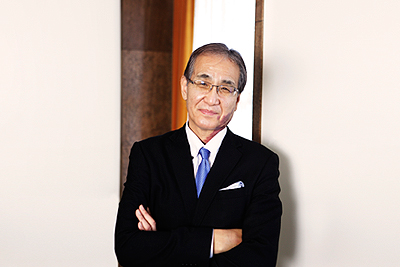 Joined Nippon Ferrofluidics Corp. (currently Ferrotec Holdings Corporation) in 1983, worked at the head office and was in charge of sales/marketing of the products for hard disk equipment, mainly in Japan, and the United States. In 1997, he established a local subsidiary in Singapore, became Managing Director of Ferrotec Singapore. After returning to the head office in Japan in 2001, as an executive operating officer and general manager of the sales division, he handled all products handled by Ferrotec, and succeeded in expanding sales of the products. In addition, promoted M & A and business alliances with other companies in Japan, USA, Singapore, Russia, etc. He become a director (board) of Ferrotec Corp. in 2008 and was appointed Senior Managing Director (later Executive Vice President) of Ferrotec Ceramics Corp. (currently Ferrotec Material Technologies), and succeed in sales of their ceramic products to semiconductor process equipment manufacturers in the USA. He became an executive operating officer of ADMAP Corp(currently Ferrotec Material Technologies). in 2015.
In 2017, Ferrotec. became a holding company and he was appointed the president of Ferrotec Corp. which was a business continuation company split from Ferrotec Holdings. Retired from Ferrotec Holdings in 2022. Became an advisor to ADCO and continues to the present.

He graduated from Obirin University, Faculty of Economics 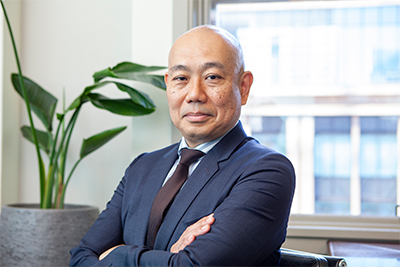 He joined ADCO in October 2019. He started his career at AIU Insurance Company (now AIG Insurance Company), a foreign non-life insurance company. After that, he moved to Japanese insurance broker YJK (Far East) Ltd. and was assigned to Hong Kong. Ltd. in Hong Kong, where he was in charge of arranging non-life insurance, life and medical insurance, and P-Fund for Japanese companies, mainly manufacturers, operating in Hong Kong and South China. After returning to Japan, he was appointed as the Special Assignment Manager of Marnix, an insurance brokerage business of Marubeni Corporation. Since the amendment of the Insurance Business Act in April 2006 allowed the establishment of small-amount short-term insurance companies, he established NP Small-amount Short-term Insurance Company Limited in March 2007 and managed it as the representative director for 10 years. Ltd. in March 2007, and ran the company for 10 years as its representative director. During the same period, he also served as vice chairman of the Japan Small-amount Short-term Insurance Association, and as chairman of the Public Relations Committee and the Business Committee, and is deeply familiar with the management of small-amount short-term insurance companies.

He graduated from Nihon University, Faculty of Science and Engineering, Department of Transportation and Civil Engineering.
Member of Japan Insurance Brokers Association (non-life insurance qualification).
Author of "Preparing for Aging in Your Own Size" (published by Honbunsha) 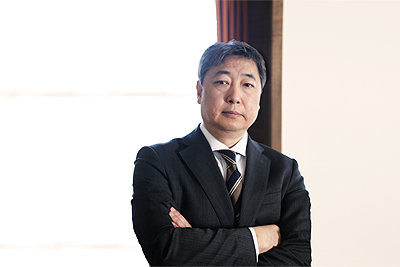 Tatsuya Sakagami joined ADCO in Jan 2023. After graduating from university, he joined the Bank of Tokyo (now MUFG Bank) and engaged mainly in corporate banking. Then, he provided M&A transaction services, primarily financial due diligence on various-sized companies in a wide range of industries, at KPMG FAS. Then he engaged in cross-border M&A advisory service at Tokai Tokyo Securities and Takenaka Partners for almost ten years. He advised many acquisitions in the USA and ASEAN countries by Japanese companies.

He graduated from Kyoto University, Faculty of Economics, CPA. 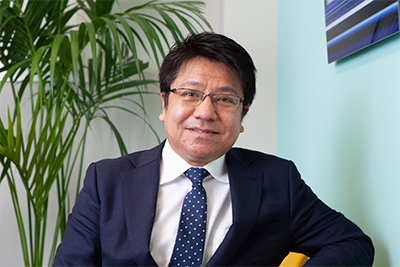 He joined ADCO in December 2020. After working for a major retailer, he worked as a customer engineer for a financial back-office DB solution at an IT venture company. After working in the apparel industry at Funai Consulting Incorporated, Inc., where he was involved in apparel chain M&A business DD, consulting for department stores, and real estate brokerage consulting etc., he focused on consulting in the healthcare sector and launched a consulting division for hospitals and clinics. After that, he established Iryou Consulting S Co. and engaged in consulting for medical institutions and pharmaceutical companies. He is well versed in the healthcare and distribution sectors.

He graduated from Waseda University, Faculty of Law 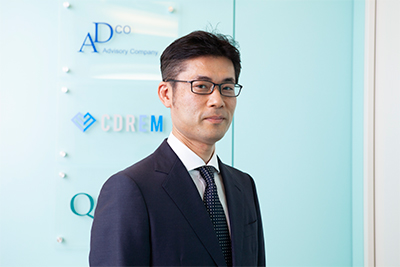 Teruyuki Tono joined ADCO in May 2018. After graduating from university, he joined an IT vendor and engaged in system development, maintenance and operation projects of leading securities company such as JGB dealing system. After a five-year career of system engineer, he joined BearingPoint Inc (currently PwC Consulting LLC) and engaged in institutional and management accounting projects such as IFRS implementation, Cost accounting restructuring and J-SOX implementation. After 7 years as a consultant, he joined small and mid-sized accounting firms and engaged in advisory services such as IPO, M&A execution and revitalization support.

He graduated from with a BA in Economics, Gakushuin University (JPN), CPA and CMA. 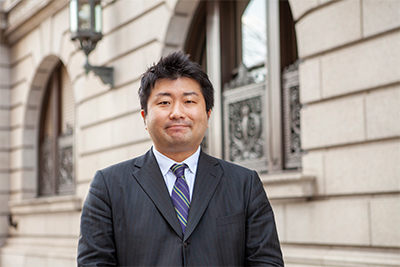 Toshiki Shimomura joined ADCO in June 2019. Before joining ADCO, he worked as a turnaround manager in a private equity company, and he was involved in reforms of a large online-shopping company, and management support of department stores and hotels. Prior to that, he worked for an IR consulting and proxy solicitor company, where he was responsible for projection and analysis of shareholders’ voting, shareholder identification, and advisory services for listed companies.

He graduated from the Faculty of Law, Keio University (JPN).

Since establishment of ADCO, Hidetaka Fukuda has served as a Senior Advisor at ADCO.
Previously, he had over 25 years of experience with Japan’s most important technology companies and Japanese industrial policy. He joined Japan’s Ministry of Economy, Trade and Industry (METI) in 1981 and was responsible for technology and industrial policy for strategic industries including semiconductors, electronics, telecommunication equipment and flat panel displays. Most importantly, during his career at METI, he accumulated his knowledge, experience and human relationships through serving in the engineering area of nuclear, electronic plant, and steel production etc. In 2006, following his departure from METI, Mr. Fukuda launched e-conservo, a consulting firm.

He graduated from Tokyo Institute of Technology (JPN) and holds a Master Degree of Engineering (Mechanical Engineering) from the University of Tokyo.

He graduated from UEC (The University of Electro-Communications).

* CEATEC (Combined Exhibition of Advanced Technologies): The largest international IT and electronics exhibition in Asia held every year in October

Tokunori Taniyama joined NIPPON STEEL CORPOTRATION in 1971, engaged in process control, sales planning, sales of steel stock for home and abroad at headquarters and steel plant. After assuming the position of electron steel plate sales manager and steel bar sales manager in the headquarters, he transferred to NIPPON STEEL LOGISTICS CO., LTD. and attempted to expand the sales as an executive director and a general manager. He became president and CEO of NIPPON STEEL PIPE CO., LTD. and broadened the company’s business by expanding the domestic manufacturing base, tapping into the markets in China, business integration with companies in the same industry. Along with the merger of NIPPON STEEL CORPOTRATION and SUMITOMO METAL INDUSTRIES, LTD. he conducted the business integration with SUMITOMO STEEL PIPE and that leads to make NIPPON STEEL & SUMIKIN PIPE CO., LTD.  He became an executive advisor there. After the merger, he played a part in changing the business structure such as incorporating overseas bases, integrating the domestic production bases, and in this way he contributed to the enhancement of the company’s quality. He left the company in 2016, and became a corporate adviser of ADCO.

He graduated from the Faculty of Law, Kyoto University (JPN).

Hirotoshi Fushida joined the Sanwa Bank, Ltd. (currently the Bank of Tokyo-Mitsubishi UFJ) in 1996 and engaged in corporate sales. He has been involved in M&A advisory activities since 2001, starting with Global Management Directions Limited (currently KPMG FAS Co., Ltd.) and then with Bank of Tokyo-Mitsubishi UFJ. He joined Amidas Partners in July 2007. At Amidas Partners, he headed the cross-border transaction team from 2011, and moved to Singapore in 2015. He founded Musashi Capital in 2017, to specialize in ASEAN cross-border M&A. His track record in cross-border transaction includes advice on acquisition of Singapore F&B company, logistics, construction material distribution company, scaffolding company, switch board manufacturing company, staffing company. In addition he has a track record in Vietnam and India.

He graduated from the Faculty of Policy Management, Keio University (JPN).

Jun Otsuka joined the Industrial Bank of Japan, Ltd. in 1982 (currently, Mizuho Bank) and engaged in derivatives and underwriting securities business. He has been a fund manager during 1989 to 1995 in Zurich, Switzerland and managed a fund supported by institutional investors in Europe and the Middle East. He was stationed in Hong Kong to become the CEO of Mizuho Asia Securities Ltd. After leaving Mizuho Bank, he joined JIP (Japan Industrial Partners) a buy-out fund in Japan. He joined Mitsubishi UFJ Asia Securities Ltd. as deputy MD, and started a venture capital fund with the Roosevelt Trust. During his experience in Asia, he has invested more than 16 companies. He established a business succession fund with JIP in 2015, and actively managing portfolio companies. He act as an active director to increase market value based on his management skills.

He has a MBA degree from University of Chicago, and graduated from Keio University. CMA.